You are here: Home / economy / SBI’s gift, now the limit ended on depositing cash in the account

State Bank of India (SBI) has given its crores of subscribers in one sentence. Now the customers of the bank have eliminated all types of limit for depositing money in their account. The bank issued a statement on its behalf Wednesday and said that it is going to give such facilities to all the people. 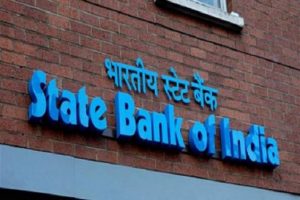 No longer charge will take charge

The bank has said that many times customers would not go to their branch and deposit money in the other branch. Customers had to pay charges on depositing money. This charge was in accordance with the deposit amount and its limit was 30,000 rupees per day, which has been completely eliminated. Simultaneously, the bank has introduced a new facility for the current account holders. Now the current account holders can deposit up to 2 lakh rupees per day in their account.

According to the new rule made by the bank, no one else will be able to deposit money in your account. This rule will only be done on depositing money by going to the bank. However, there is no restriction on the online transfer.

Think of it as a result. If you are a father and live in a remote village and your son is studying while living in the city, then he will not be able to deposit any money in his account. If you do not understand about online banking, then it will be quite difficult.

Under this rule, customers will have to get permission letter to deposit money in another’s account. On this letter, the person A and person B will be the signature of both. Apart from this, the bank account holder should sign the deposit form with cash on the bank counter.