You are here: Home / Uncategorized / Thought: What will happen after the defeat in JNU?

Akhil Bharatiya Vidyarthi Parishad has once again failed to make the place in the Jawaharlal Nehru University Students Union. This news was not of less significance than any assembly election for the media.

From the famous debate of the President of the Students Union in the election, counting of votes and votes and then announcement of results, taking the news of moments and taking media.

Even though JNU may be called satirically “The Republic of JNU”, the desire for acceptance in this republic remains the biggest country devotee too. When the country turned down the Left, JNU has given it shelter.

This is considered JNU’s crime against the nation. Some consider it a conceptual backwardness of JNU.

It has been said in the past years that students from JNU do Ayyashashi on the money of the people of the country. The askers have asked so far, why do they have to do PhD for five years? 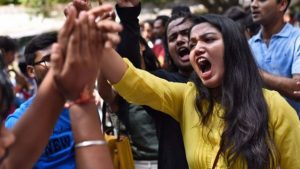 Since the year 2016, it has attacked the Union Ministers of the Government of India, from every level leader of the ruling party. The Union Home Minister had even upheld the intelligence inputs of JNU’s left-wing student leaders directly from active terrorist groups across the border.

JNU has been told to flee the country’s dream of breaking the country, “urban naxal or Maoists” etc. As if it is a jungle or rugged, where the traitors are conspiring secretly, therefore demolishing this fort is a national duty.

The army was not sent to break the fort, but the ex-servicemen went and told the Vice-Chancellor how this rebel can be brought to Kabab.

Then why is JNU boiling? 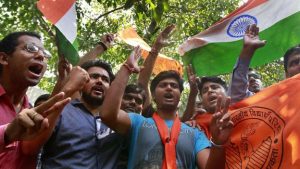 The more attention the RSS or the Bharatiya Janata Party is on Pakistan, proportionally not less than on JNU.

The result of this smoky propaganda in the last three years is that the number of people who believe in this village should not be reduced to close it. After all, those who make holes in their own plate, keep fooling themselves!

JNU is a gland, a complex whereby the RSS and all its organizations suffer badly for the last forty years. A friend told that in a village of Mithilanchal in Bihar, a volunteer from the Sangh told him that possession of JNU is our goal.

One reason for this is that despite the departments of science in JNU, its identity is due to humanities and social sciences. In it too, it is famous for the level of school due to its historians. If you talk about school history, JNU’s role has been central to it.

There is a lot going on besides Jawahar JNU

When no one teased, where and how to complain? 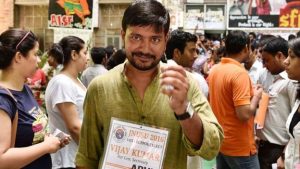 Romila Thapar and Bipan Chandra are two ends, in the story of ancient India and modern India. These two names of JNU harbor the RSS as a nightmare.

These historians have also generations of disciples who are studying and writing in different universities all over India.

JNU’s importance
In Hindi, everybody’s dream is to be named Namwar Singh. Nothing has been considered as a great qualification to read from them. This is the story of Hindi without which Hindi Hindus can not be made.

Why is the flag of red flag in JNU on saffron?

Not surprisingly, for the past several decades, Romila Thapar has continued to attack the RSS as its main intellectual enemy.

Those who are suffering from Savarkaris and Deendayali Indians, they also think that they are sloganeering and that there is no firmness of intellectualism in Romila.

The nationalist script which Bipan has created, the union has not been able to cut its effective till now. They have many disciples who are going to write books and go where they are hidden in classrooms.

Angered and irritated by these historians and other scholars has created a violence against them in the mind of the Sangh.

For the “intellectual” dominance of the RSS, it is necessary that this intellectual tone of JNU may be silenced in some way.

When I said to a spokesperson of an association of the organization that why you did not write the book about their books, instead of burning their books, their answer was that it takes a lot of time to write a book. To burn, just fill a pinnacle!

JNU’s young man is considered to be incorrect or correct. Unless you accept it, what is your respect!

The dream of RSS is getting the approval of these young people. The higher intellectuals of JNU consider him superficial and therefore do not believe in it as well. This is the most troublesome and outrageous. That is why if intellectual acceptance is not received, then this ‘ego’ will have to be broken by force or power. The same campaign has got raging in the last three years.

This year, even after attempts by the Federation of Entry to join the student union, by JNU students, there may be more intensity in this rage!