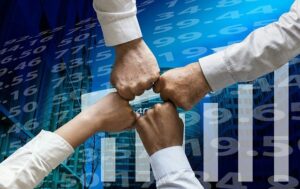 Global markets fell on Thursday. While Indian stock markets were at a new all-time high. Eight Nifty stocks including ITC, SBI, Bajaj Finserv are at 52-week highs. For the first time in Nifty Bank history, the Nifty jumped 586 points to cross the 35,000 level. ITC stocks surged 13 percent after the budget. SBI’s December quarter results came as a surprise as stocks rose 6 percent. Shares of Future Group took a lower circuit after the ban on Kishore Biyani.

There is a steady flow of foreign investment in the domestic market. There was no new tax in the budget and there was a lot of excitement in the market. BSE market cap has doubled in 6 years.