State University college Professors to Get 7th Pay Commission Benefit: During the ongoing budget session in the Gujarat Legislative Assembly, Education Minister Bhupendrasinh Chudasama made an important announcement in the field of education. Accordingly, arrears of Central Seventh Pay Commission will be paid to the professors of the state universities and government and non-government aided colleges affiliated to the university.

Announcing this, the Education Minister said that the professors of the state universities and university affiliated government-non-government aided colleges would be given the benefit of pay reform of the Central Seventh Pay Commission as per the recommendation of UGC. 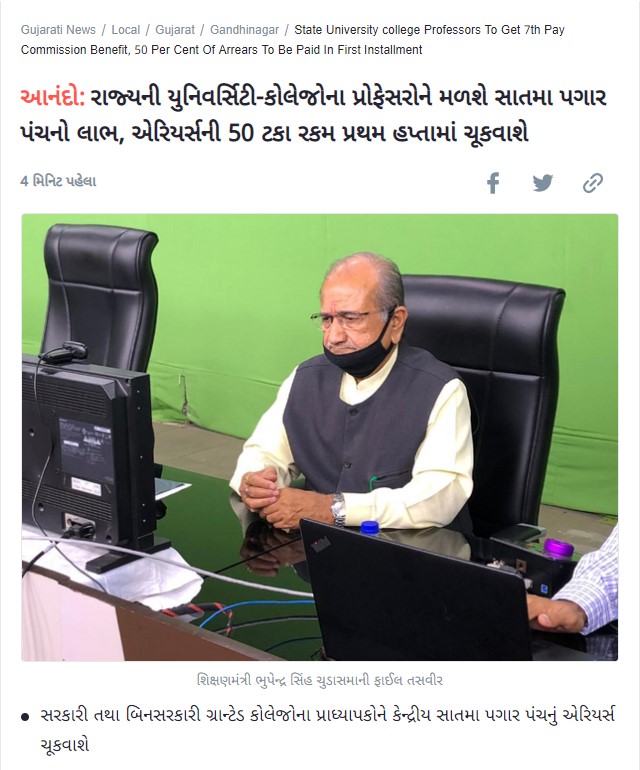 He further said that due to the Corona epidemic, the revenue of the state government has declined. However, keeping in view the educational interests, this benefit will be given by the state government with a positive attitude as per the resolution dated 1/2/2019 of the education department from 1/1/2016. 50% of the total arrears will be paid in the first installment.