You are here: Home / Breaking Now / Mera Ration app: How to download and use Mera Ration

Mera Ration app: The government has launched a ration app (Mera Ration) to help migrant workers. The Mera Ration app has been launched by the Ministry of Consumer Affairs, Food, and Public Distribution and is part of the One Nation One Ration Card (ONRC) of the Government of India. My ration app is very useful for those workers who migrate due to work and who have a ration card. My Ration App is currently benefiting 32 States and Union Territories.

The Mera Ration app was launched by Sudhanshu Pandey, Secretary, Department of Food and Public Distribution. On the occasion of his launch, he said that the system was launched in only 4 states in August 2019 and has been rolled out in 32 states and Union Territories by December 2020. Delhi, Chhattisgarh, Assam and West Bengal will be included in a few months. Pandey further said that about 69 crore people will benefit through this ration card portability system. On the other hand, about 1.5 crore transactions are being done through it every month.

How does my ration app work?

First of all let me tell you, currently My Ration app is only available for Android users. You can download My Ration from Google Play Store to your mobile. Then you have to login with the mobile number registered with the ration card. Then with the help of this app you will be able to take rations from state shops anywhere in the country.

In this app you will also find out when and from which shops you have taken rations. The biggest advantage of this app is that, through it, you will get information about your nearest shop. The app also has Aadhaar authentication and currently has support for English and Hindi, but will soon have support for 14 local languages. 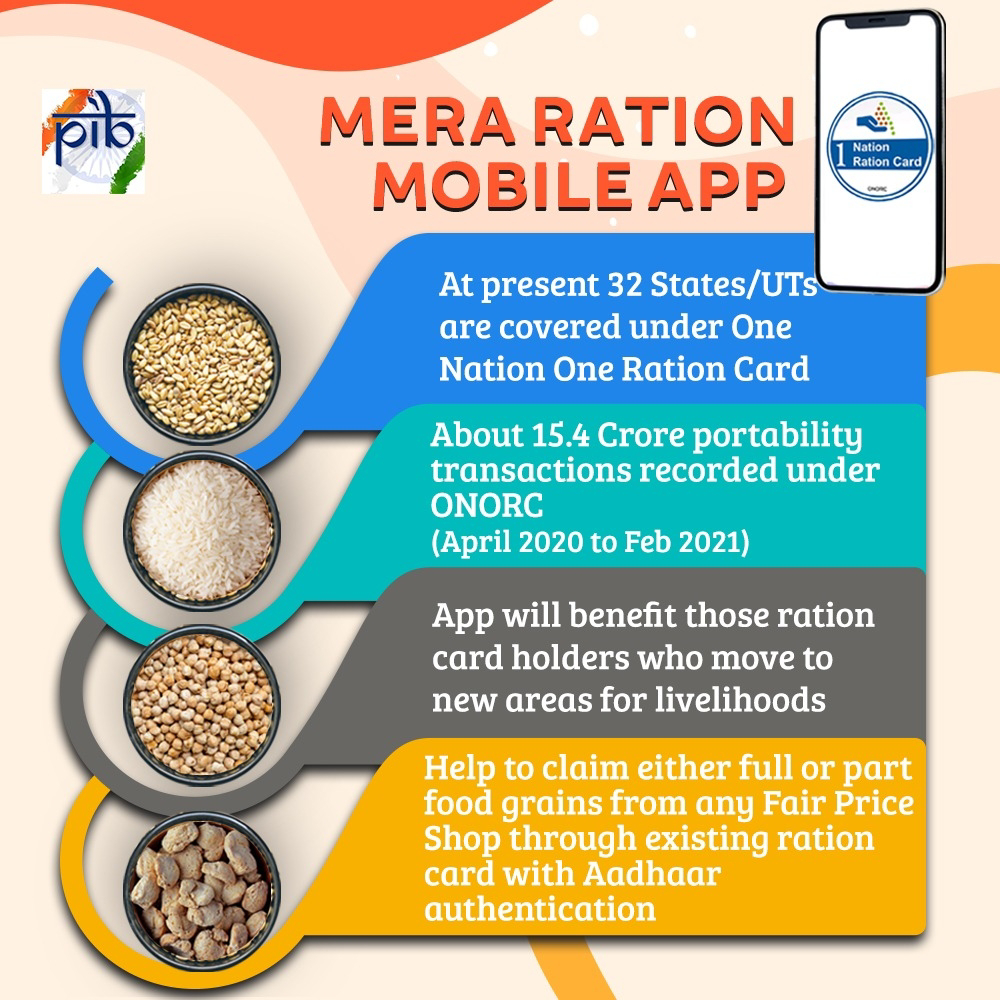 One Nation One Ration Card plan ensures distribution of subsidised foodgrains to ration card holders under NFSA to lift the entitled foodgrains from any Fair Price Shop (FPS) anywhere in the country by using their same/existing NFSA ration card after biometric/Aadhaar authentication on an electronic Point of Sale (ePoS) device. Under this scheme, beneficiaries will continue to get Rice, Wheat and Coarse Grain at the rate of Rs. 3, Rs. 2 and Rs. 1 per Kg respectively in other States as well.