The history of Gujarat began with Stone Age settlements followed by Chalcolithic and Bronze Age settlements like Indus Valley Civilisation. Gujarat’s coastal cities, chiefly Bharuch, served as ports and trading centers in the Nanda, Maurya, Satavahana and Gupta empires as well as Western Kshatrapas period. After the fall of the Gupta empire in the 6th century, Gujarat flourished as an independent Hindu/Buddhist state. The Maitraka dynasty, descended from a Gupta general, ruled from the 6th to the 8th centuries from their capital at Vallabhi, although they were ruled briefly by Harsha during the 7th century.

The Arab rulers of Sindh sacked Vallabhi in 770, bringing the Maitraka dynasty to an end. The Gurjara-Pratihara Empire ruled Gujarat after from the 8th to 10th centuries. As well as, for some periods the region came under the control of Rashtrakuta Empire and Pala Empire. In 775 the first Parsi (Zoroastrian) refugees arrived in Gujarat from Greater Iran.

During the 10th century, the native Chaulukya dynasty came to power. From 1297 to 1300, Alauddin Khalji, the Turkic Sultan of Delhi, destroyed Anhilwara and incorporated Gujarat into the Delhi Sultanate. After Timur’s sacking of Delhi at the end of the 14th century weakened the Sultanate, Gujarat’s governor Zafar Khan Muzaffar asserted his independence, and his son, Sultan Ahmad Shah I (ruled 1411 to 1442), restructured Ahmedabad as the capital. The Sultanate of Gujarat remained independent until 1576, when the Mughal emperor Akbar conquered it and annexed it to the Mughal Empire as a province. Surat had become the prominent and main port of India during Mughal rule. 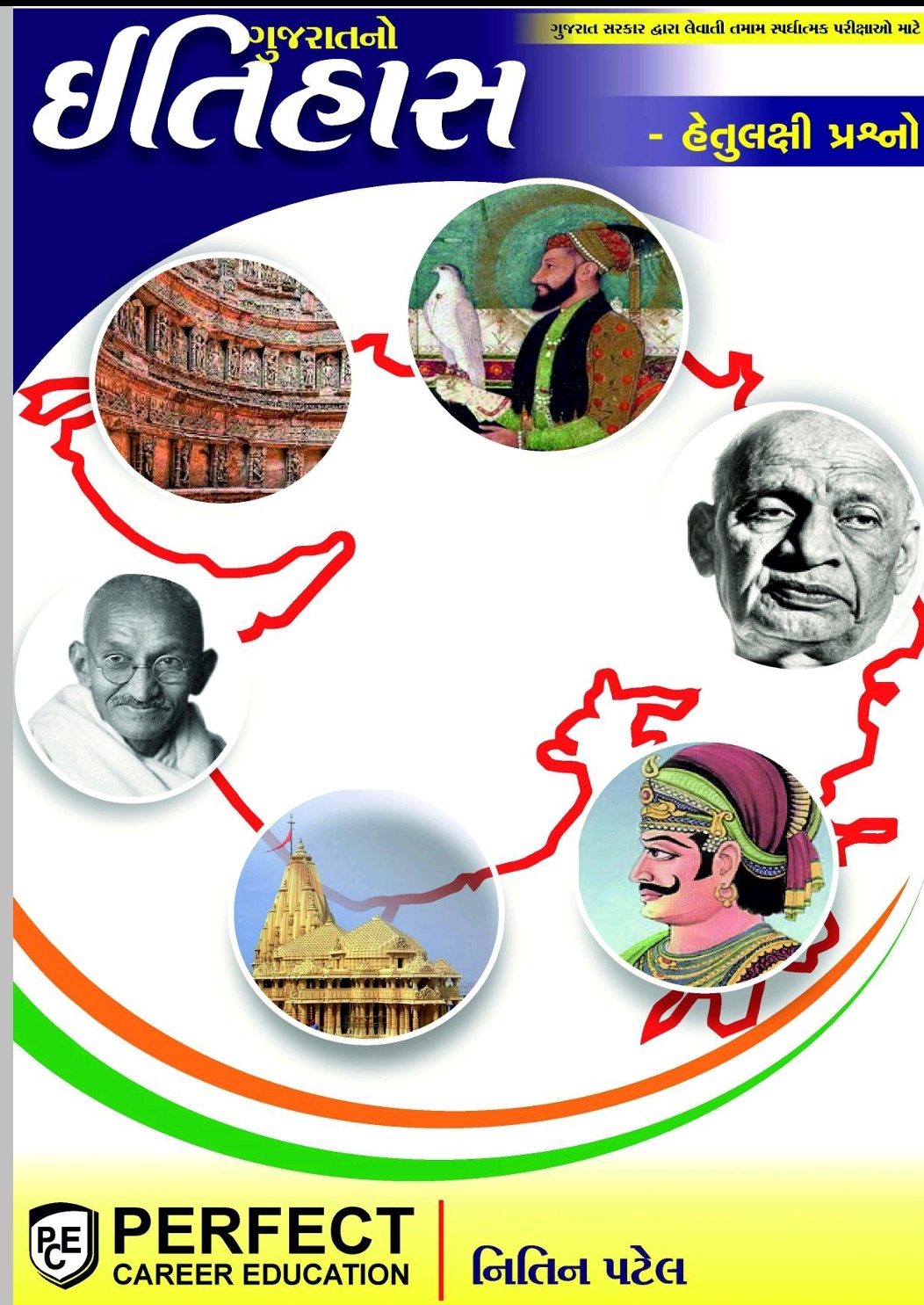 This application helps you in various government exams. It will be also useful for job seekers who are looking to get recruited by government firms or any government jobs or for any entrance exams.