You are here: Home / Breaking Now / What is Agnipath scheme, who all can apply?

What is Agnipath scheme, who all can apply?

what is agnipath yojana – ‘Agniveero’ will now serve the country: young men will be recruited in all three armies, will get award-medals like standing soldiers, but will not get pension 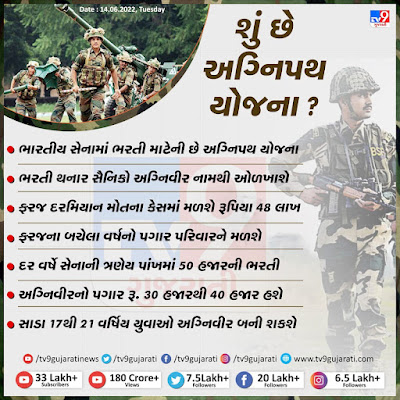 A new scheme has been launched to recruit a large number of youth in the three branches of the Indian Army – Army, Navy and Air Force. Under the scheme, the youths will have to serve in the Defense Force for only four years. The government has taken up the scheme to reduce the budget for wages and pensions. The three army chiefs, along with Defense Minister Rajnath Singh, announced the plan at a press conference. The first recruitment will be done in 90 days.

The Agneepath Recruitment Scheme, developed by the Department of Military Affairs, was earlier dubbed the ‘Tour of Duty’. Under this scheme, more soldiers will be recruited for the short term. The department has implemented this scheme. The government has introduced this scheme to reduce their expenditure and increase the number of youth in the Defense Force. 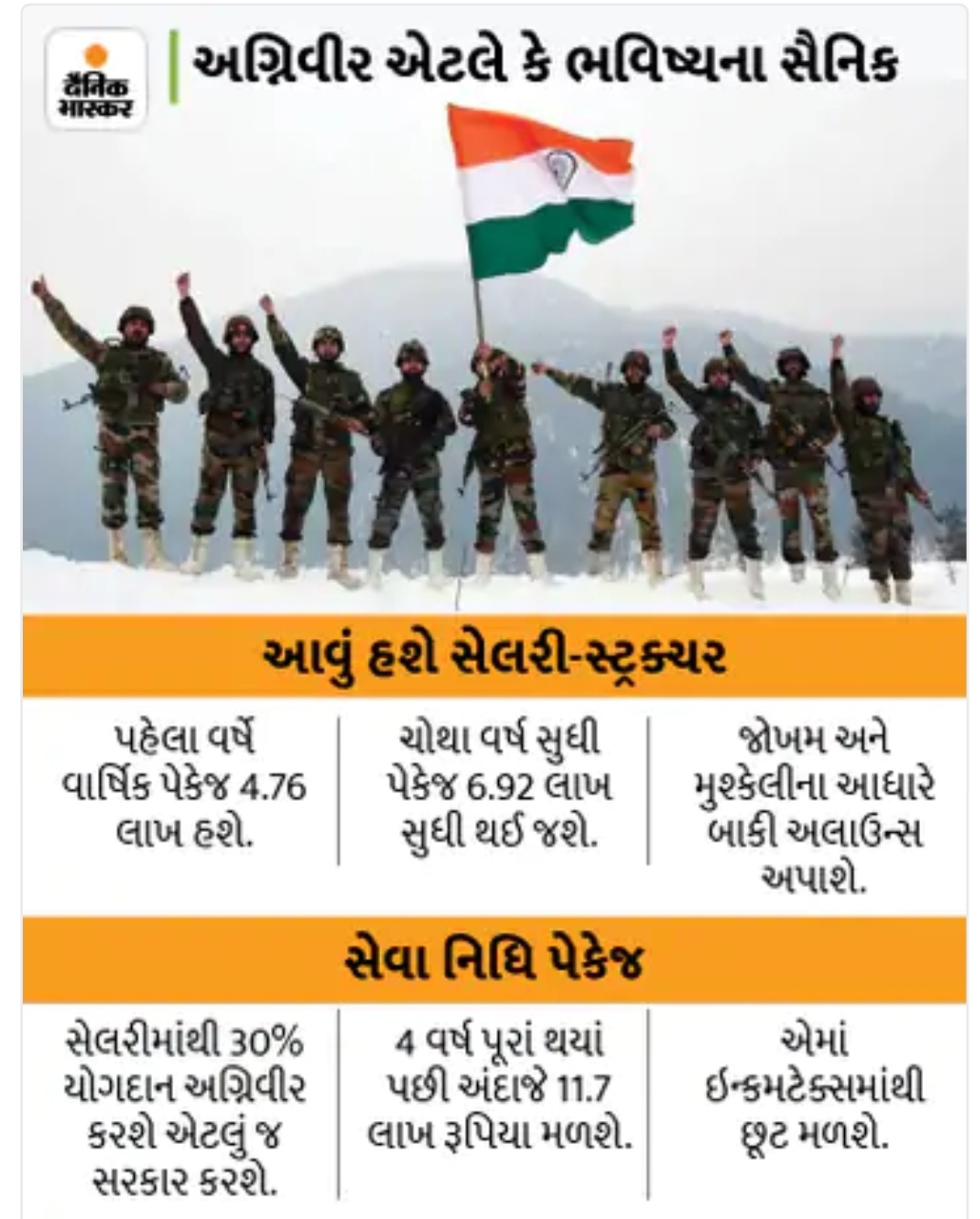 25% of firefighters will continue to serve

Only 25% of firefighters will be recruited into the permanent cadre after the completion of four years. Soldiers who wish to serve in the Army even after four years will be offered the opportunity on the basis of merit and medical fitness. Soldiers who are selected for the permanent cadre will have to complete a term of 15 years. They will not receive a pension on the initial four-year contract.

The 75% firefighters who opt out of the scheme will be given a service fund package. That package of Rs 11 lakh to Rs 12 lakh will be funded by Agnivir’s monthly contribution. Apart from that, the certificates and bank loans he got will help him to start a career in other fields.

However, some of these proposals may see changes as the scheme was given final touches in the last few weeks, sources have told PTI.

Currently, the army recruits officers under the short service commission for an initial tenure of 10 years which is extendable up to 14 years.

Under the new scheme, people to be recruited under the ToD for three years and beyond will be eligible to be deployed as combatants in key forward locations and there will be no restrictions in their roles.

The proposal, which has been part of broad reforms envisaged for the forces, has been deliberated upon extensively in the last two years.

Union defence minister Rajnath Singh and the three service chiefs on Tuesday introduced the short-term defence recruitment policy called Agnipath at a press conference. “The Cabinet Committee on Security has taken a historic decision today to approve the transformative scheme of ‘Agnipath’. Under this, Indian youth would be granted an opportunity to get inducted into the Armed services,” the defence minister said.

Under the ‘Agnipath’ scheme, efforts are to create a youthful profile of the Armed forces. It would help to train them for new technologies & also improve their health levels. This scheme will increase employment opportunities with new skills in different sectors,” the minister added.

“The recruitment model is based on all-India merit-based selection process. We are looking at the best to serve the armed forces between the ages of 17.5 to 21 years. Once selected, ‘Agniveers’ will serve for 4 years with us,” Lt Gen Anil Puri, Additional Secretary, Dept of Military Affairs, said.

Some of the salient features of the ‘Agnipath’ defence recruitment scheme are as follows
1. The recruitments under Agnipath scheme will be open to men and women progressively based on service requirements. The applicants between the age of 17 and a half and 21 years will be eligible under the scheme.
2. The medical and physical fitness requirements will be as per existing norms. Those candidates having passed their 10th and 12th examinations will be considered eligible as per armed forces.
3. As far as the compensation package is considered, the ‘Agniveers’ will be paid ₹4.76 lakhs per annum in the first year which will be hiked to ₹6.92 lakhs in the fourth year of service.
4. The Risk, Hardship and other allowances will be applicable as per the existing norms. On completion of four years in service, a sum of ₹11.7 lakhs including contribution and interest.
5. The 30 per cent emoluments will be contributed by ‘Agniveers’ and equal matching amount will be contributed by the central government.
6. The Seva Nidhi Package will be exempted from income tax.
7. After completion of fours years in service, the ‘Agniveers’ will get an opportunity to apply voluntarily for regular cadre. Based on merit and organisational requirement, up to 25 per cent shall be selected from that batch. A robust assessment system is being developed which will be transparent, objective, automated and centrally maintained.